The visitors to the Wieliczka mine who moved past the Tourist Route can also set off for the Museum Route. We recommend this tour without hesitation: the Museum Route features types of objects and locations that cannot be seen on the Tourist Route.
Sightseeing of Museum Route does not entail any additional cost, it can be visited by the same ticket. What are the major features on the Museum Route? The giant horse powered hoisting machines represent one of the chief attractions. The device known as the "Polish" is the world’s largest wooden mining machine! Lovers of arts and handicraft will surely be enchanted by paintings of Jan Matejko, the precious Horn of the Hewer Guild and a luxury train constructed for the top authorities of the Austria-Hungary Empire. The Museum Route also features smaller objects illustrating both work of historical Wieliczka miners, their customs and everyday life. There are also places that will attract attention of nature lovers, such as the exhibition of salt crystals from the famous Crystal Caves or amazing salt forms bringing back the memories of the world of fairy tales. Unforgettable impressions are also given by the monumental, beautiful chambers, including the Maria Teresa (Maria Theresa) Chamber (the largest in the mine) and the Saurau Chamber considered the most beautiful since the 19th century.

The Museum Route is located entirely on level III of the mine and is about 1.5 kilometres long. Sightseeing of the Route takes about 50 minutes.

In the museum you can admire specimens of crystals, delicate salt hair, Christmas trees, stalactites and stalagmites. Their unusual shapes are the result of so-called secondary crystallization, which occurs where brine appears. You can also admire fragments of petrified plants and animals living a million years ago and everyday objects used by miners - beautiful watering cans, a broom or a ladder - covered with beautiful salt crystals.

The model of prehistoric saltworks confirms that salt was already produced around Wieliczka six thousand years ago. This is documented by the discoveries of archaeologists who found traces of these skills of our neolithic ancestors. Thanks to this important discovery, Wieliczka was included in the oldest places in Europe that boasts salt production. And this one was very valuable and served as a money for centuries. The "brewing" of salt involves the evaporation of water from brine. In Wieliczka, fire was used for this purpose. The brine was boiled in large clay pots until a thick substance was obtained. Then it was transferred into smaller dishes in which it was dried.

Horn of the Hewer Guild

One of the most valuable objects in the Museum's collection is the Horn of the Hewer Guild - made in 1534 on the order of the Seweryn Boner (mine manager) and donated to Wieliczka miners. It symbolizes the wealth of the mine and the hardships of the people working here, which is personified by kneeling Hercules. On the magnificent corner the round framed in silver features: the emblem of the Brotherhood of the Wieliczka Diggers and the coats of arms of the Jagiellonians, Sforza and the founder. This treasure was once presented only during the biggest ceremonies in Wieliczka, it was hung on a chain worn by the elder brotherhood. Today, the horn is the most "export" monument from the museum's collection.

When visiting the Museum, the large chambers are impressive, from which lumps of salt were once extracted. The Saurau chamber is considered the most beautiful. It is also one of the highest cells visited in the mine (28 m). Due to its natural beauty used, it was offered to tourists as early as 1877 - almost immediately after using salt extraction in this area. Its attractive attraction is the meeting of miners on a rope to the mine - a scale model 1: 1. The huge chamber Maria Teresa is also beautiful, full of traces of torn lumps of salt, creating an unusual texture of the walls. It is so big that an eight-story tower block would fit here.

Visitors can also admire two paintings by famous polish painter Jan Matejko. The master visited the salt underground in 1868, which was confirmed by an entry in the book of visitors. The effect of this trip is a portrait of Saint Kinga - the patron of salt miners, painted on the occasion of the 600th anniversary of her death. It surprised by the way the mining patron is depicted - not as a young, beautiful princess, known from legend, but praying against the backdrop of the Nowy Sącz mountains, at the end of her life. The second valuable painting by Jan Matejko in the museum's collection shows the descend of the Andrzej Kościelecki and the Seweryn Bethman to the mine during the fire of 1510. The museum exhibitions are also decorated with sacred art works. Some of them were once the decor of the now-defunct mine chapels.

A unique part of the Museum Route is a collection of wooden hoisting machines - moved centuries ago by horses employed in the mine. These treasures of mining technology - such as the 17th-century "Polish" hoisting machine or the much younger Saxon and Hungarian - could carry two tons of load at once, and eight horses set them in motion. It wasn't until the second half of the nineteenth century that they were replaced by steam engines, and then - electric ones. The 16-meter "Polish" hoisting machine is the oldest and largest machine that has survived to our times. 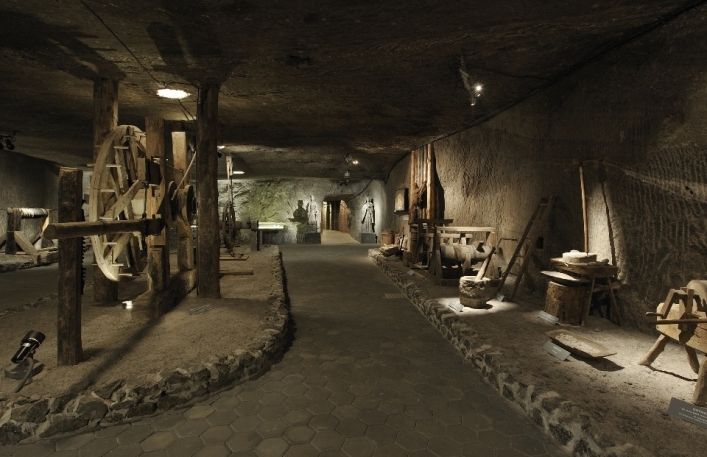 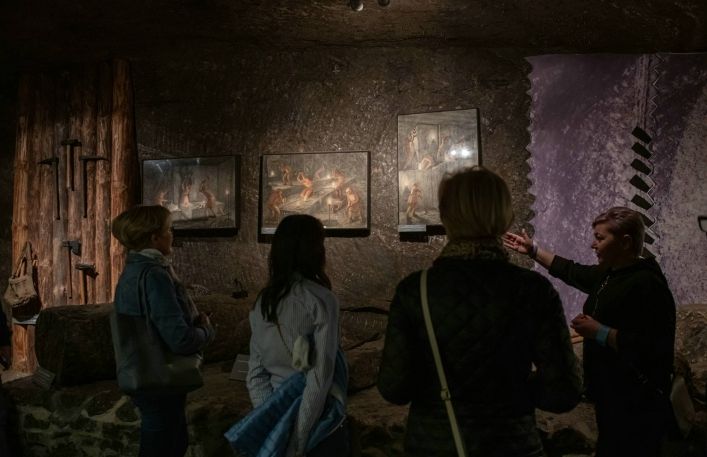 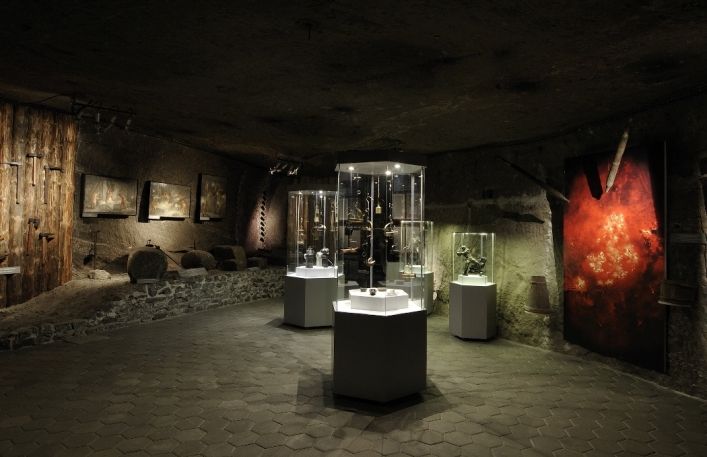 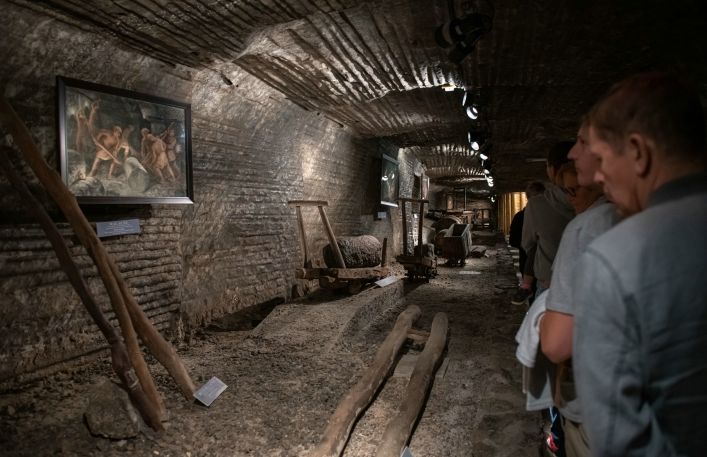 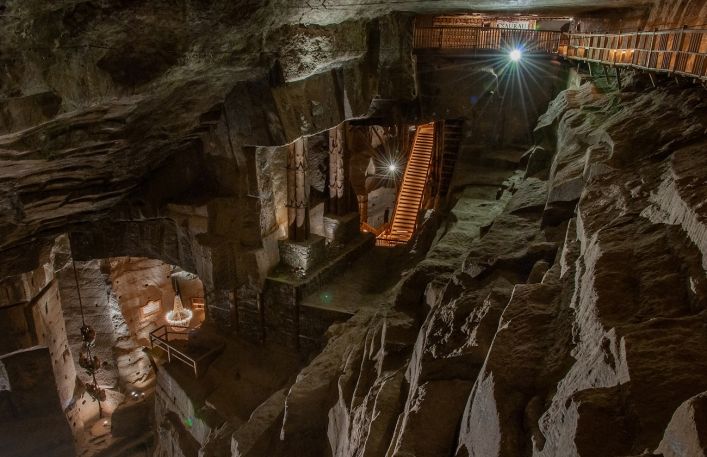 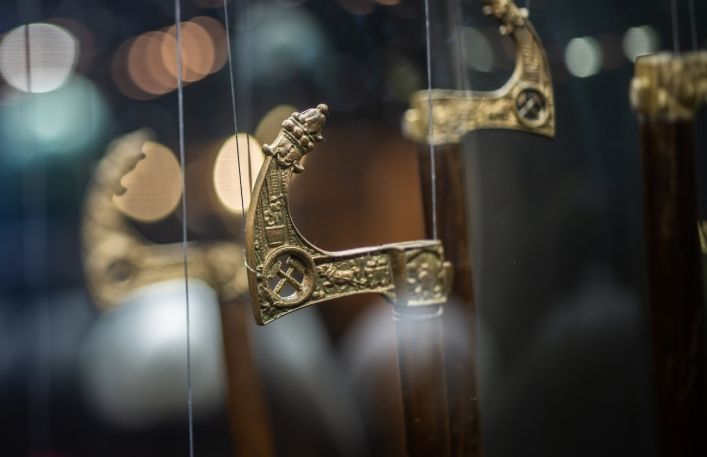 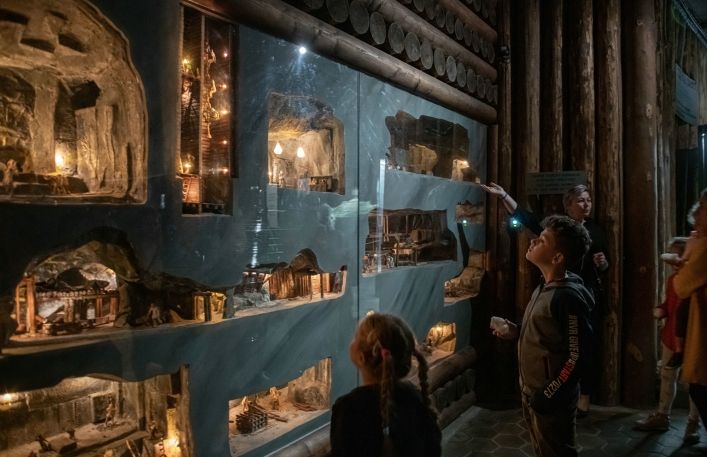 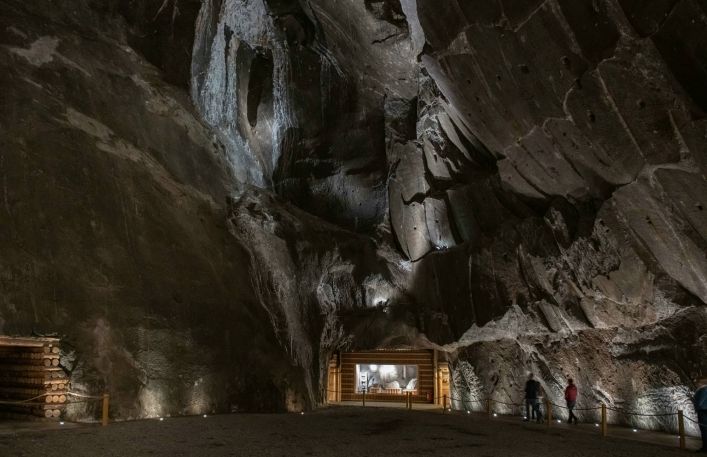 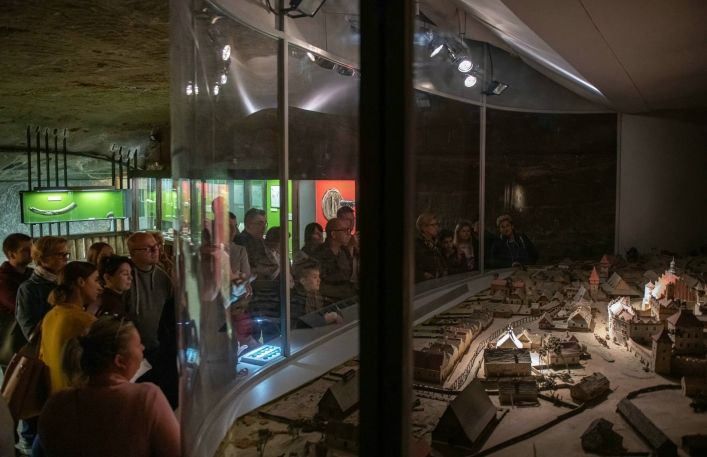 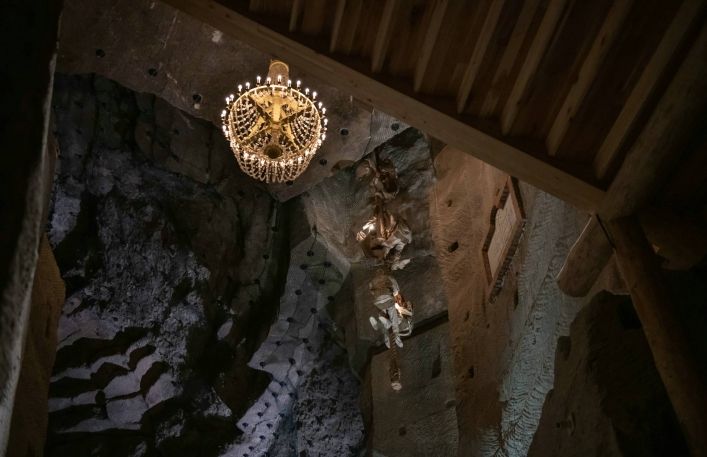 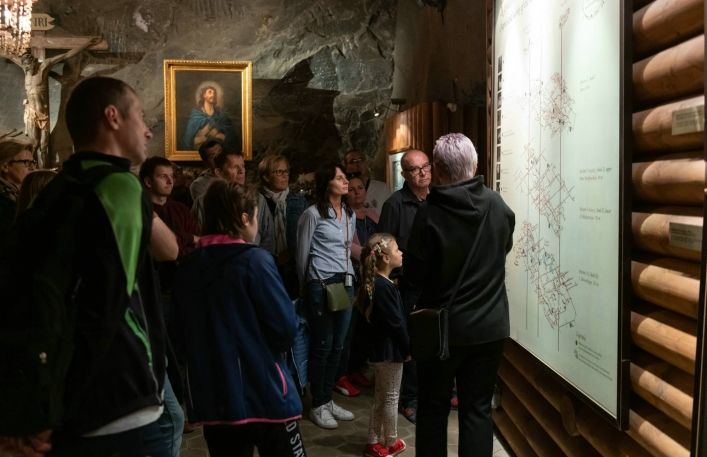 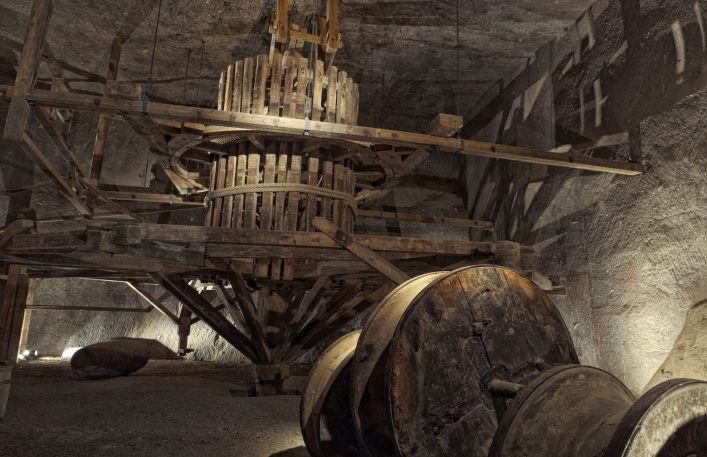 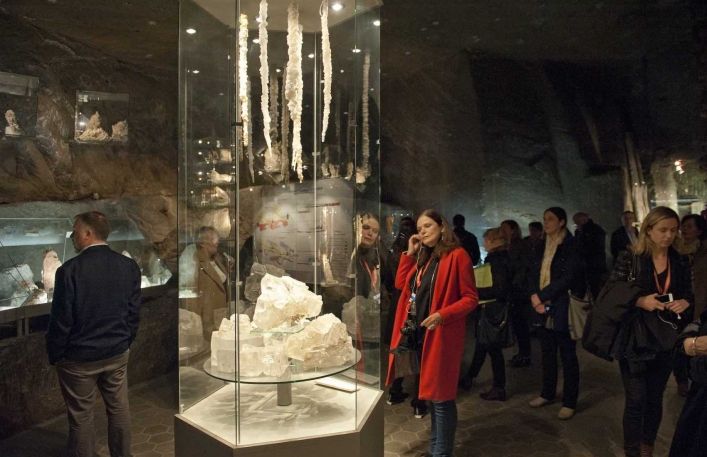 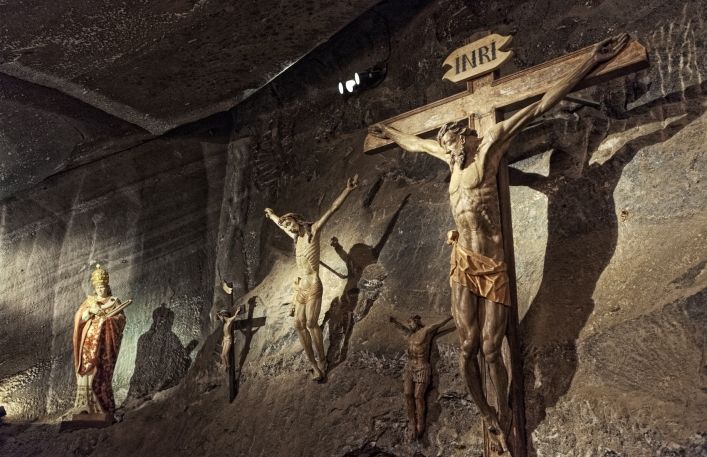 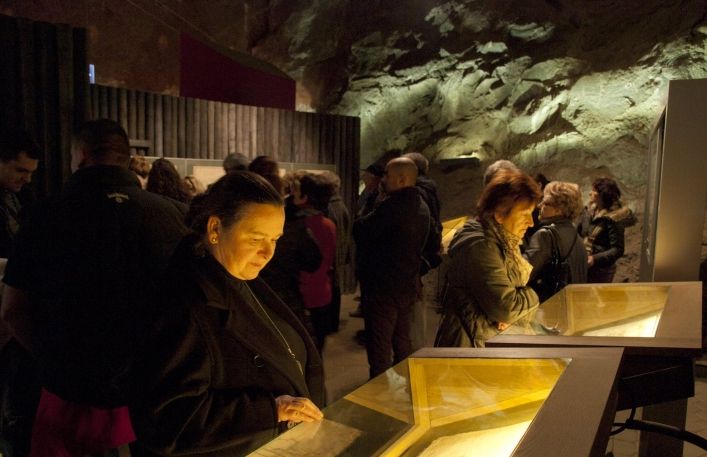 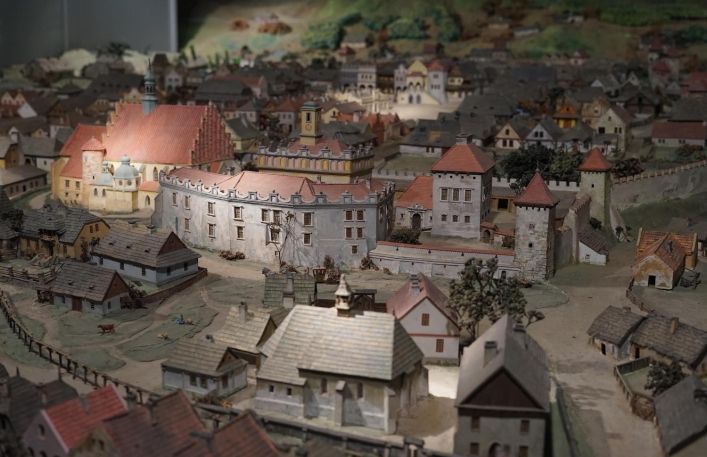 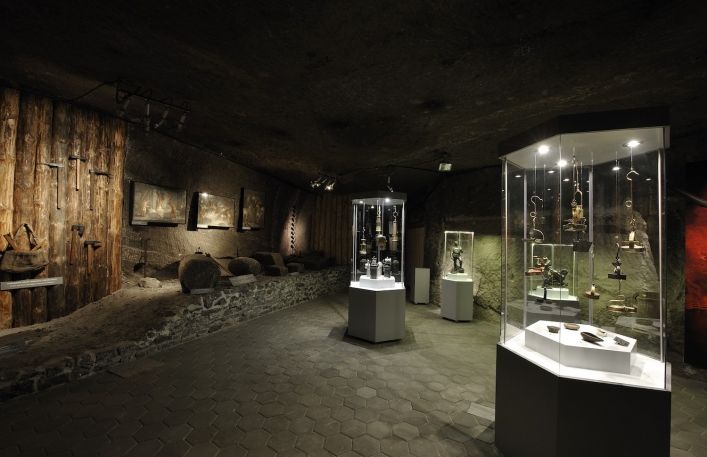 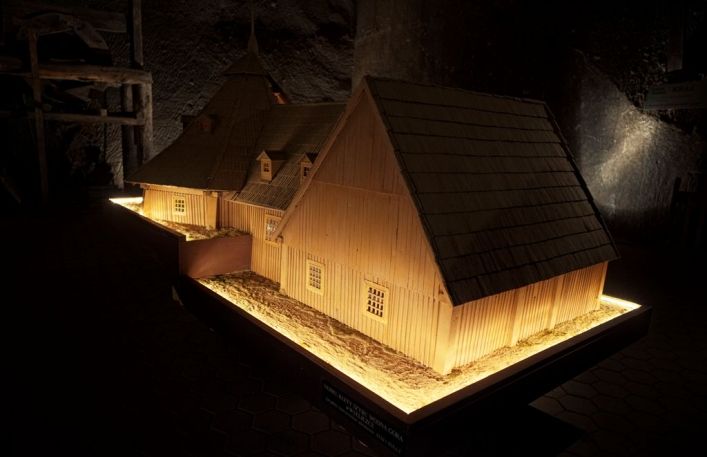