location SALTWORKS CASTLE
The salt cellar, or rather an exceptionally grand “socle” for spices, is characterised by a particularly sophisticated shape. In a uniquely interesting manner, the object combines motifs originating from antiquity and Christianity. The vessel perfectly illustrates the fashion and opulence of tableware in the 16th century.
The exhibit consists of two sections. The openwork base rests on animal paws with claws. Its corners are shaped as chimeras with wings. The naked figures above them play with sea monsters. The upper section is shaped as a socle with a cavity for salt where a winged boy is painted, most certainly Cupid with a bow. The mouths of the monsters (mascarons), visible on all sides of the socle, were used as containers for spices. On the base below, the Evangelists are painted. Their figures imitate woodcuts by Bernard Salomon (published in Lyon, 1559).

Fantastically depicted figures of people and animals are distinguished in the painted decoration covering the entire vessel. Those grotesques became popular in the Renaissance era, influenced by the discovery of ancient ruins, especially Domus Aurea of the emperor Nero in Rome. Grotesques were painted by Raphael in his frescoes in the Loggie at the Vatican (1519). They were also widely used to decorate ceramic ware from Urbino, the home town of Raphael. They decorated opulent vessels and tableware from maiolica, commissioned by the most demanding patrons of the arts. Princes and cardinals were charmed by the decorative splendour of maiolica objects that assumed in Urbino the most complex shapes, surprisingly sculptural and fanciful. The artists from Urbino decorated the objects in an impressive range of colours, raising to the greatest fame in Europe, and aiming not only to compete with the skills of ancient Greeks and Romans but to surpass them. Distinguished by the richness of sculptural and painted forms, the exhibit from a workshop in Urbino bespeaks full bloom of the arts and cultured taste of their patrons in Late-Renaissance Italy. 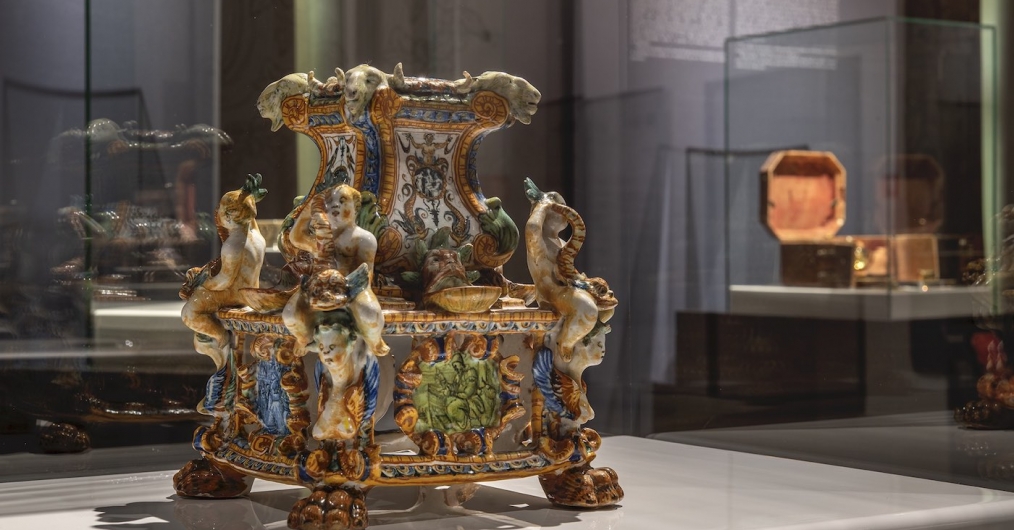 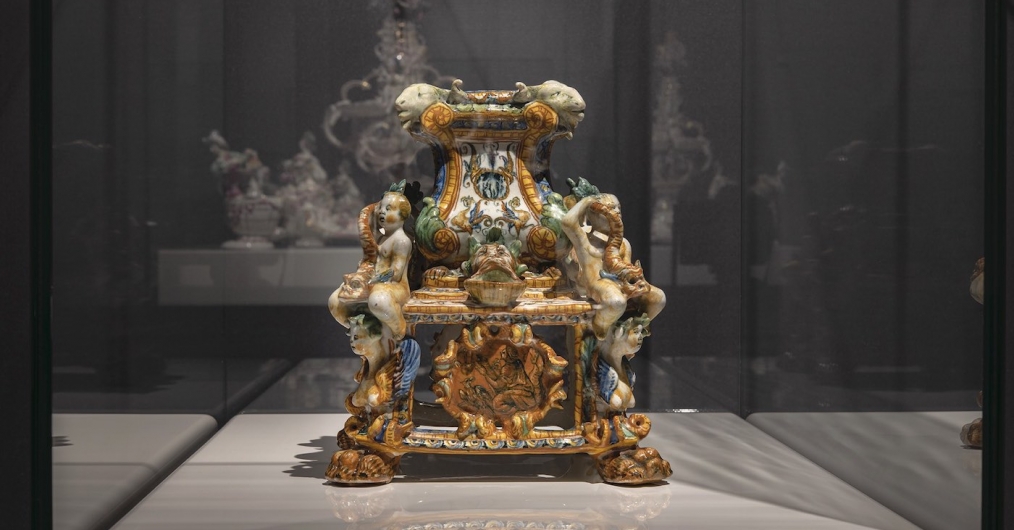 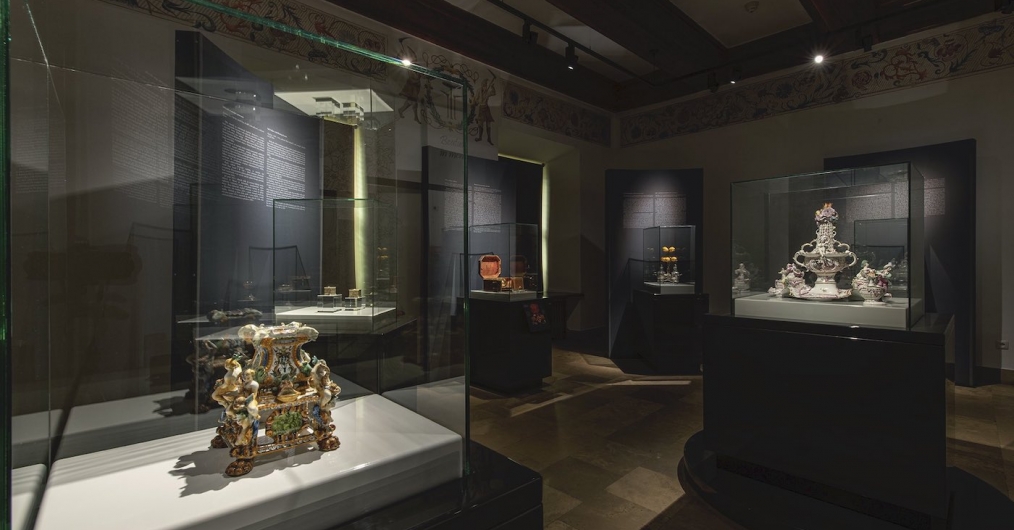