The Saltworks Castle, Salt Mine, library and archive are closed until further notice
location SALTWORKS CASTLE
DATE 4 December 2020 - 7 February 2021
The St. Barbara's Day, December 4, is the most important holiday of miners and their patron - St. Barbara. On this occasion we have organized an exhibition "What is the difference between a dog and a cockerel? About the tools of the old miners". The dog and the cockerel in the name of the exhibition are tools used by workers of the salt mine in Wieliczka in the past. The cockerels were tools used by diggers, while carts were operated by a group dealing with a transport of the output, so called carters.
The cockerel is a sort of pickax used by miners to shape lumps of salt into snowmen (cylinders) and to break up large lumps of the salt into smaller ones. From the end of the 13th century until 1914, i.e. until the end of manual salt mining in the Wieliczka mine, several types of pickaxes were used. Their construction was different depending on their purpose, they also had their own names, e.g. cock, "kijania"... Later they were used to crush and to level walls.

A dog is a wooden cart, and in fact it is a box or a platform on castors. It was used to transport the salt. The Austrians brought these types of carts to the Wieliczka coal mine in 1785. They had small castors, so special beech wood sleepers were prepared for them to enable smooth travel on uneven mine pavements.  Where did they get their original name?  As Agricola recalls, when driving, especially on bends they produced sounds similar to a barking dog, while others associated this sound more with the dog's howling. Initially, the carts had wooden castors, but over time, in order to extend the durability of the wheels they were replaced with cast iron ones. Dogs dominated in the mine until 1861, when the first horse-rail cart has been designed. Gradually it replaced the dog.

The exhibition "What is the difference between a dog and a cockerel? About the tools of the old miners" presents a wide range of technical mining equipment used in the Wieliczka mine over the centuries. In the collection of the Muzeum Żup Krakowskich (Kraków Saltworks Museum in Wieliczka) many of them have been preserved, from pickaxes and wedges to wooden and iron hammers, chisels, drills, grams, whetstones, shovels, wheelbarrows, dogs and barrels. Thanks to them, in the sweat of their forehead, the mine workers exploited and transported salt for centuries, producing at the same time a maze of chambers and corridors.

Mining equipment is assigned to the various groups of workers who used it: diggers, carrying workers, salt packers and carpenters. Historical pictures and dioramas make the atmosphere of the mine and at the same time, they recall the old mining methods. The exhibition is enriched by sound effects, i.e. the sounds of hammers and drills.

You cannot function in a mine without a light - a lamp was also the miner's personal equipment - hence the exhibition contains mining oil lamps from the wide and constantly expanding collection of the Museum.
Personal belongings of Wieliczka miners are very valuable and moving: original hats, boots, knee pads and clay pots.

To conclude, it is great to see the pickax once again - it was a universal tool also found in other mines. It had to play an important role and be very necessary to the miners well if it found its place in the miner's emblem. 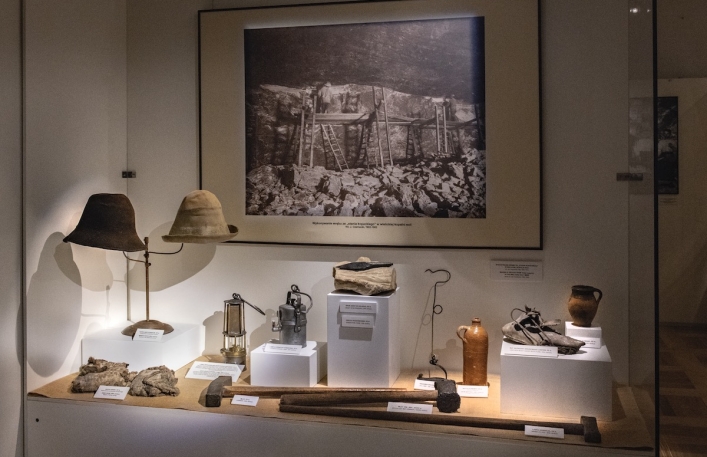 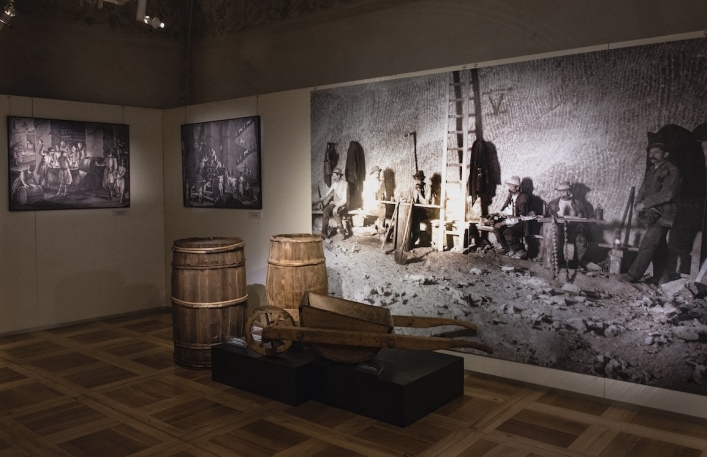 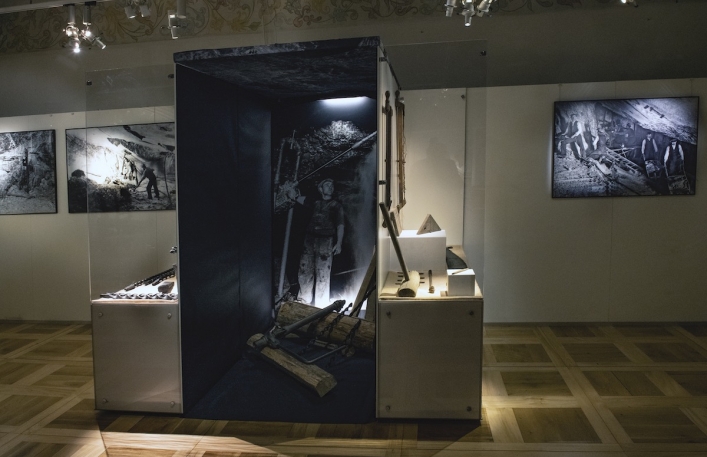 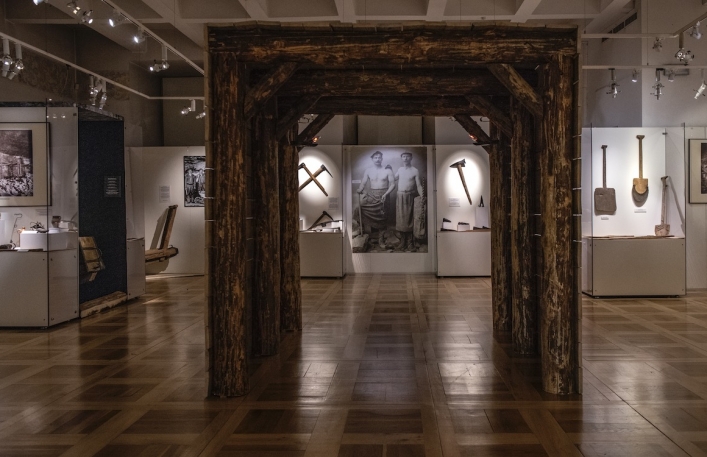 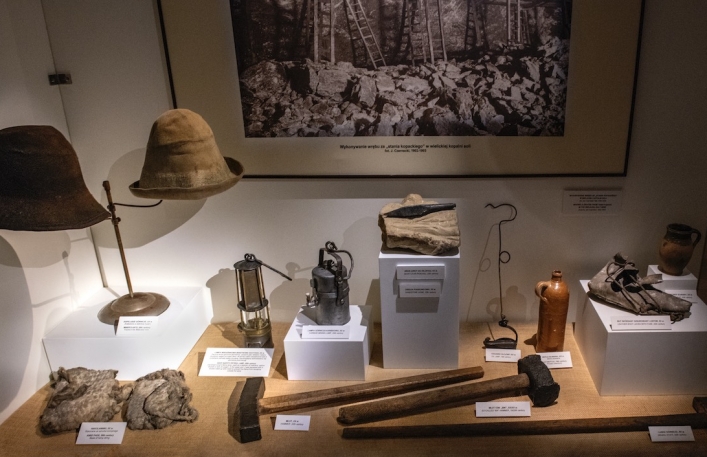 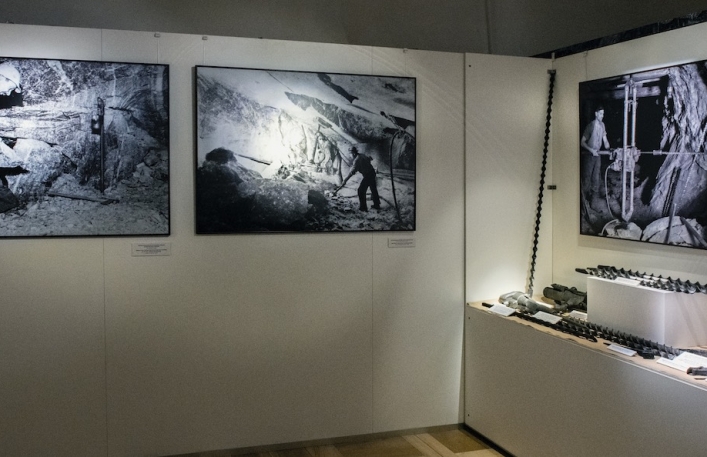