location SALTWORKS CASTLE
DATE 12 December 2019 - 17 March 2020
A beautiful salon lamp, a mining carbide lamp and a lamp from the Eiffel Tower in Paris from 1889 are among the objects on the exhibition "Light and Art. Lamps from the 19th and 20th century." They were used to illuminate homes, mines, public spaces and transportation vehicules. Some of them are works of art.
It is worth seeing above all the collection of unique kerosene lamps including exhibits from the second half of the nineteenth and the first half of the twentieth century, which are distinguished by their beautiful design, the richness of the forms of individual elements and the variety of materials from which they are made.

The next part of the exhibition was devoted to electric lamps, gradually replacing earlier types of lighting. Exhibits from the first half of the 20th century show the old beauty and craftsmanship of the oldest equipment of this type.

The collection of technical lamps was included in a separate category of devices mainly used to illuminate various outdoor spaces in which man had to move after dark. Attention is drawn to their characteristic housing, whose main task was to secure the light source against external factors, as well as stable mounting, e.g. on carriages and cars at the time.

It is hard to imagine working without light in a mine where darkness prevails around the clock. Therefore, mining lamps purchased by the Krakow Saltworks Museum in Wieliczka in 2019 will also be shown for the first time. Photographs from the era will introduce the climate of the times.

The most valuable and interesting monuments include: a pair of kerosene lamps adapted from oil lamps (First half of the 19th century); kerosene lamp "Gone with the wind" made at the Consolidated Lamp & Glass Company in the USA with a unique body decoration and a richly decorated lampshade; standing electric lamp, the base and body of which is made of brass, a full-scale bird sculpture. The arc lamp is unique, one of the hundred that illuminated the Eiffel Tower in Paris in 1889.

Curators of the exhibition: Urszula Mróz and Marta Ajkowska - Mazur

The presented objects come from the collections of:
1. Subcarpathian Museum in Krosno
2. The private collection of Janusz Chmielniak
3. Cracow Saltworks Museum in Wieliczka 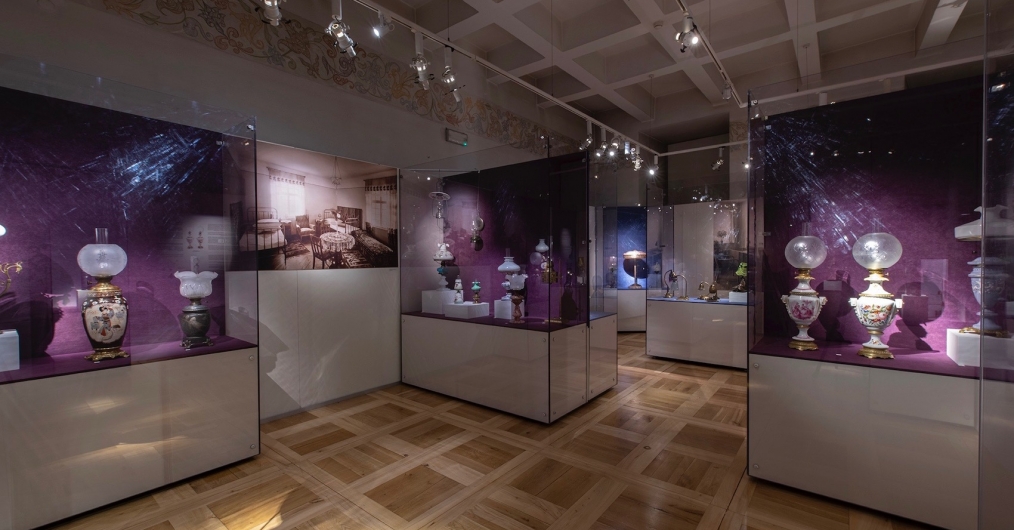 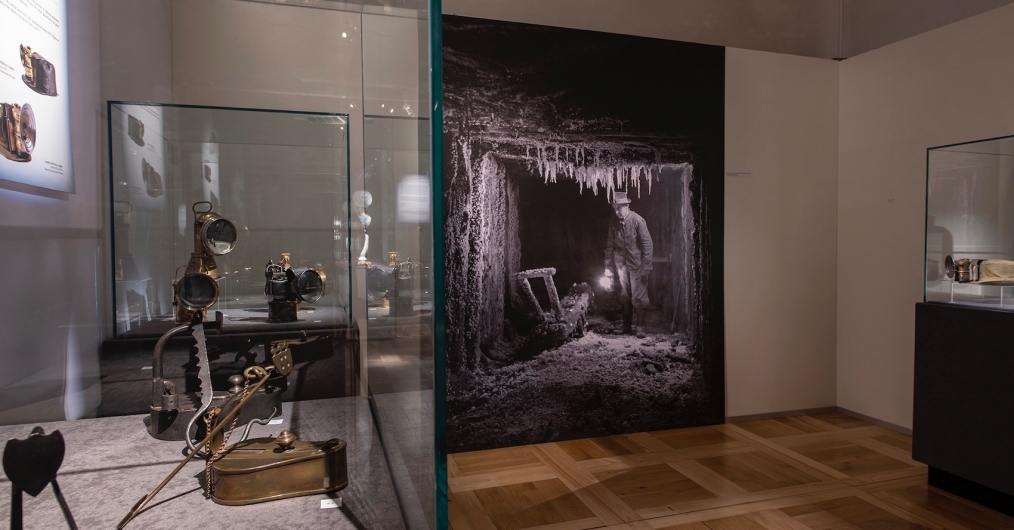 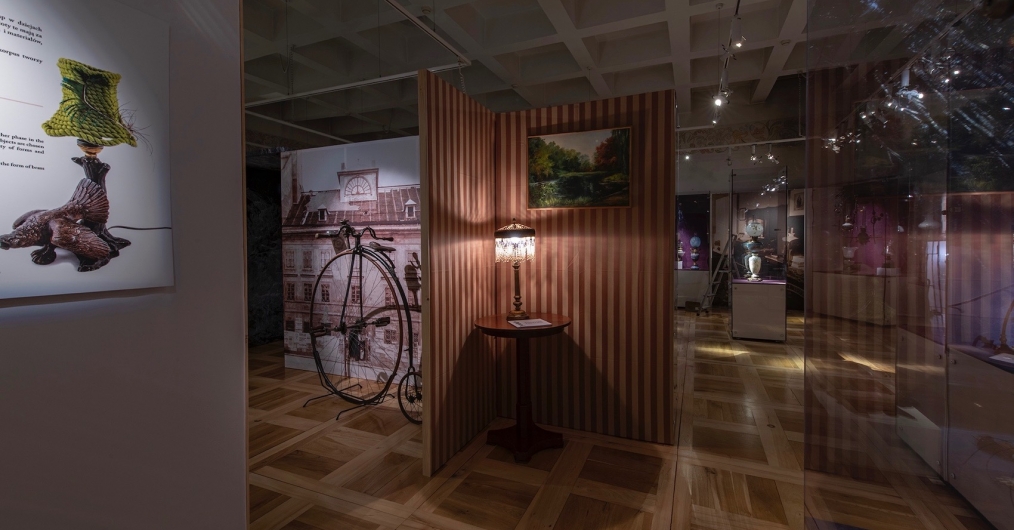 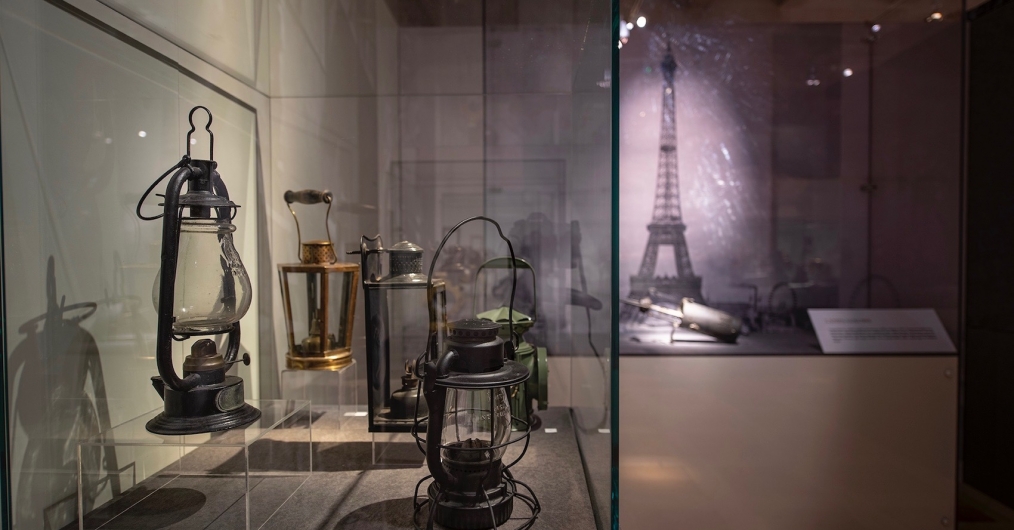 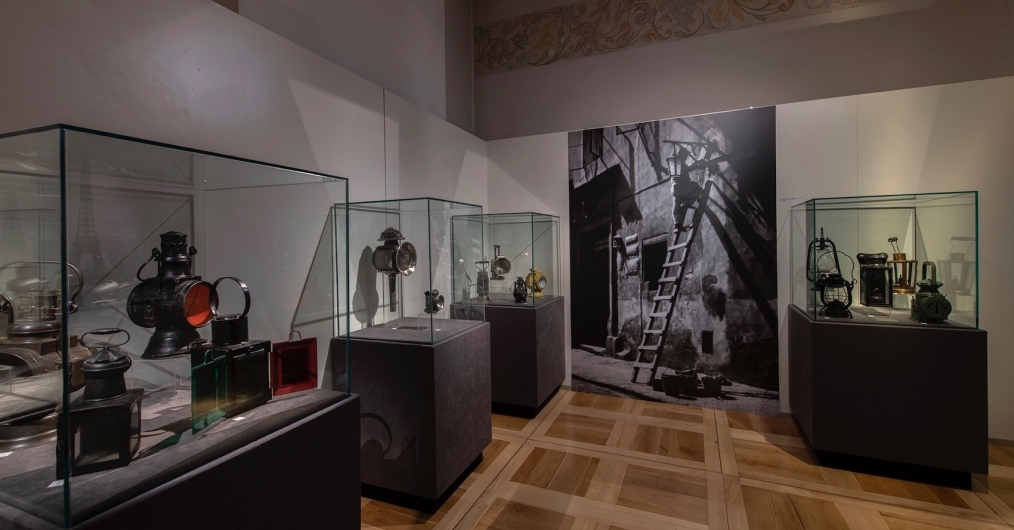 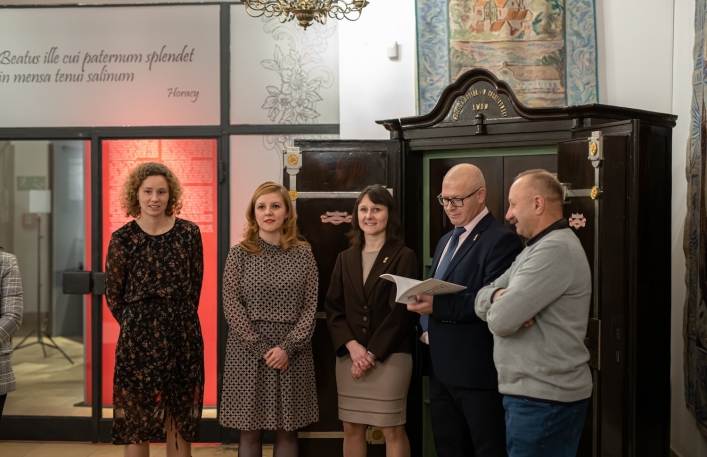 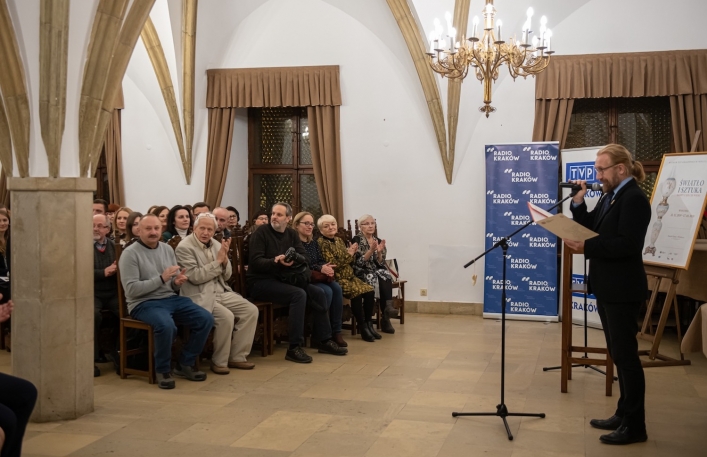 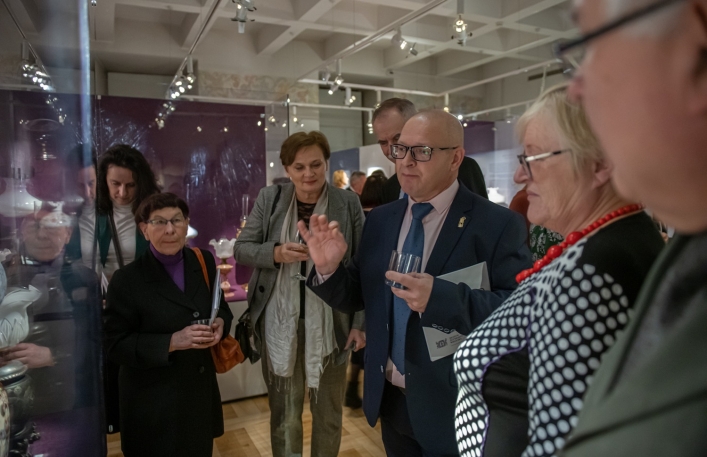 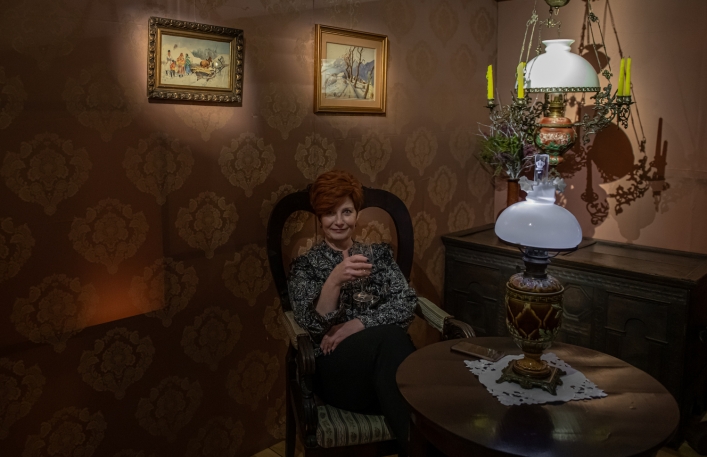 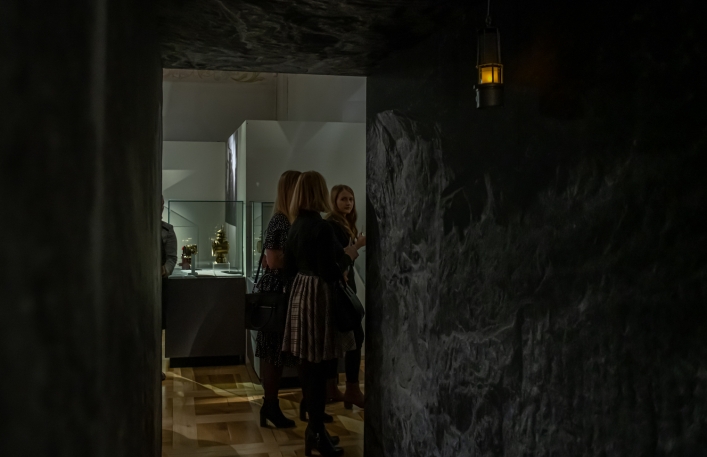 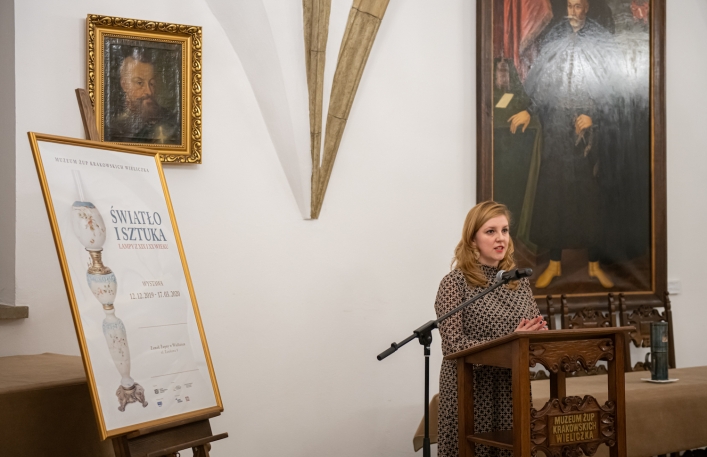 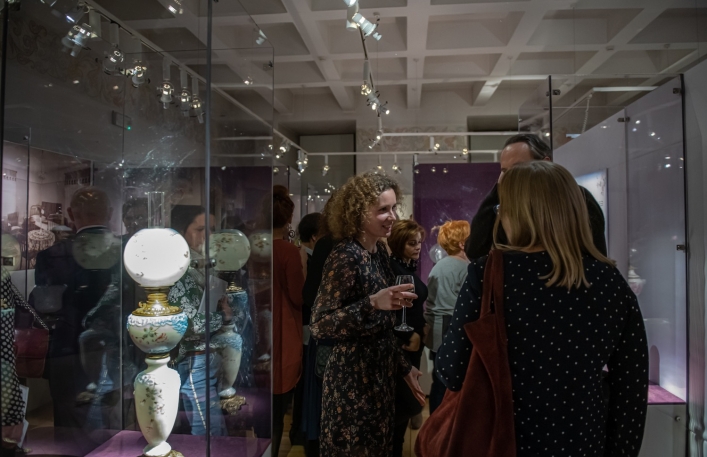 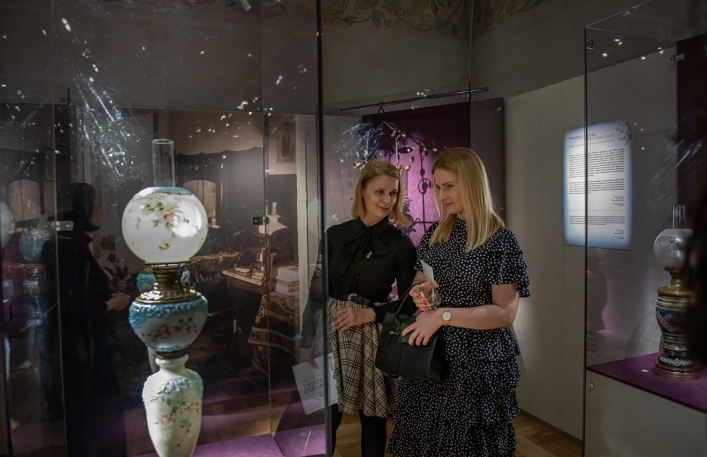 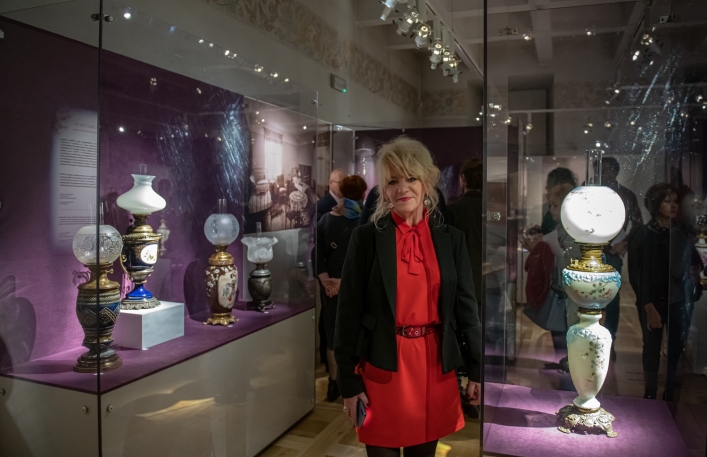