At the entrance to Szerzyzna (The Widening) there are two salt sculptures carved at the beginning of the 20th century by the miner and sculptor Józef Markowski. They represent the miners’s patrons – St. Barbara and St. Kinga – and were brought here from an altar that was located near the Daniłowicz shaft on level III.
Mechanisms and equipment displayed in Szerzyzna illustrate the evolution of horizontal and incline transport. In the first years of the mine’s existence salt crumbs were carried in large containers, salt loaves and barrels were rolled by means of bars or transported on sleds called “szlafy”. Since 1785 the Austrians who managed the mine introduced chests and carts (commonly known as Hungarian dogs) that run on wooden tracks. A turning point in transport was the introduction of horse-drawn cars in 1861. It was only between the First and Second World War when battery powered locomotives were introduced.

There is also a collection of carts and wheelbarrows used for incline transport constructed in such a way that the carried output was in horizontal position.
The work of various groups of miners engaged in transporting salt is presented in paintings by A. Długosz. 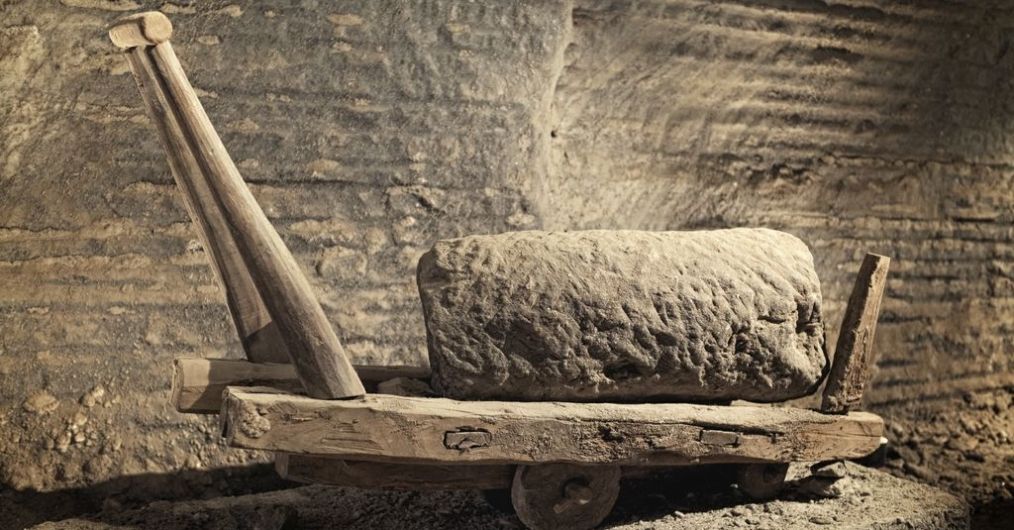 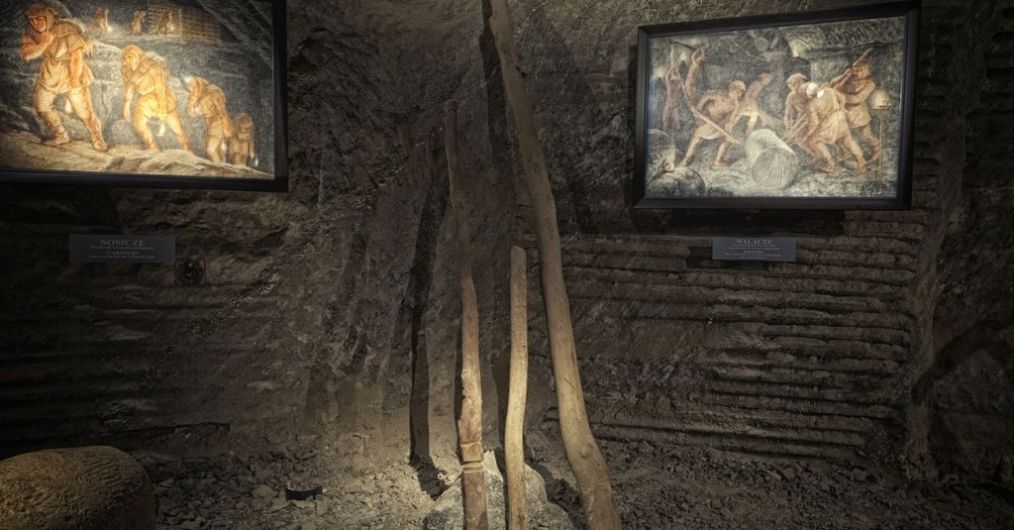