This chamber was exploited in a large block of green salt in 1820-70 and is the largest of all the cavities (15 900 cubic metres). The name of the chamber commemorates the Prime Minister and Home Affairs Minister of Austria War it was named after gen. Józef Haller to commemorate his visit to the mine (2 July 1919), and in the 1950s it was named after Wincenty Pstrowski.
Because of its beauty and the visible traces of hand work it was opened to tourists soon after the completion of exploitation works in 1877. In guidebooks published at the beginning of the 20th century it was described as the most incredible chamber on the tourist route. Visitors could admire the beauty of this spacious chamber descending from level II to level III. The plaques embedded in the walls remind of the hard work of miners: “Long live mining” and “A miner despite thousands of hardships bravely enters the gloom of his grave”. A moving model shows miners being lowered into the mine by rope made on the basis of pictures from the mid-17th century.
On the bottom of the chamber, opposite the stairs there is a copy of the painting Guardian Angel (1691) in a hand cut salt frame, which is the oldest painting in the mine.

The immense space of this chamber was exposed to the threat of caving-in. Even the supporting salt pillars didn’t guarantee its safety. It was only after the technique of anchoring had been used when it was reopened to visitors in 1989 after a long break. Since then this effective method which does not affect the structure and the beauty of the underground ancient mine, has been widely used during restoration works. 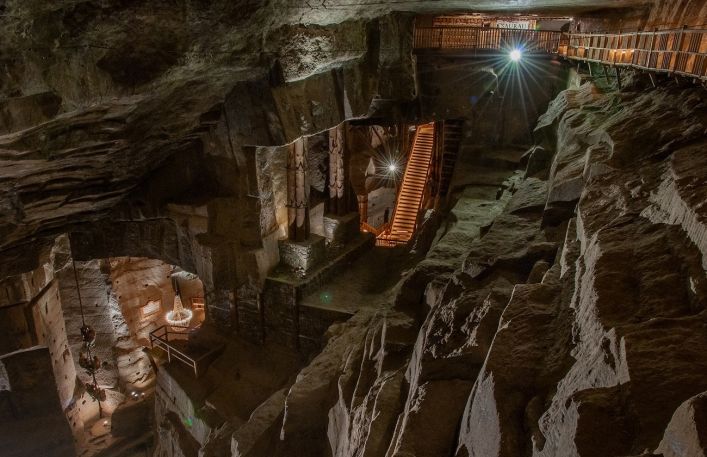 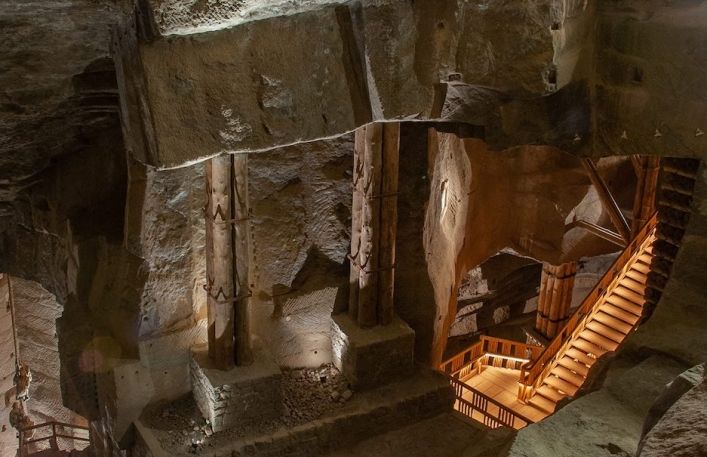 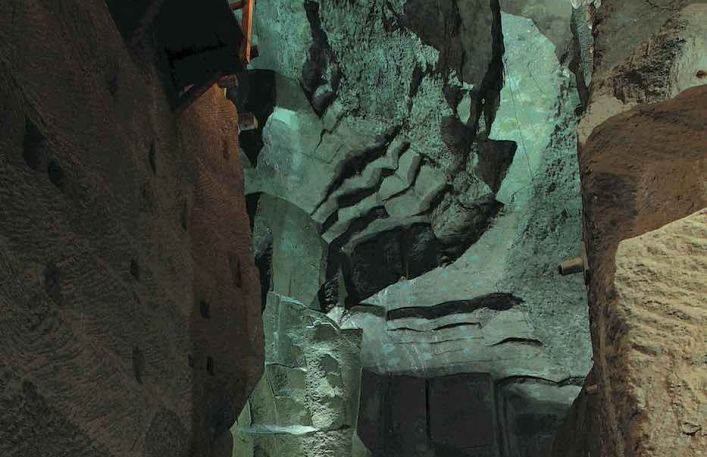 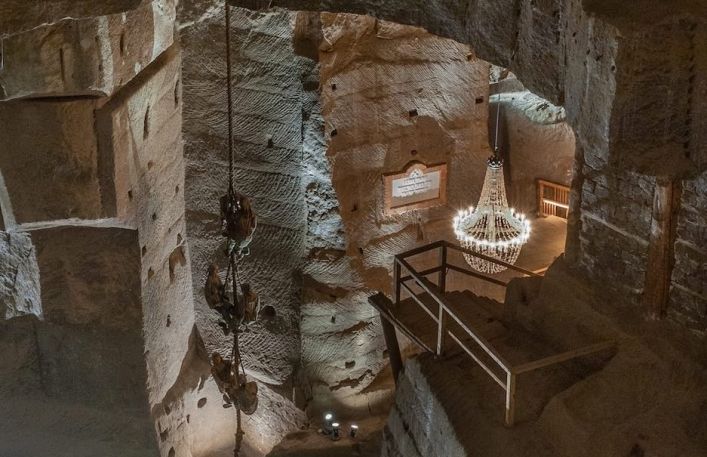 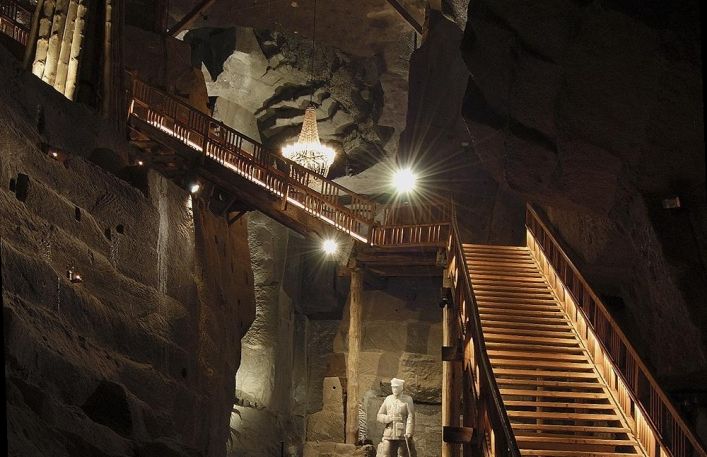