The Cracow Saltworks Museum has been collecting saltcellars since 1973; recently, attention has primarily been focused on valuable and exceptional items. Currently, the collection has approx. 1000 exhibits, spanning the the period from the early 16th to the modern times.
There are saltcellars made of porcelain, silver, tin, glass, wood, faience, as well as more uncommon materials, such as bone, quartz and mother-of-pearl. The greatly diversified collection encompasses individual saltcellars, pairs of saltcellars, saltcellars forming sets for spices, as well as items from dinner sets. These are mainly products of well-known European manufacturing plants: German, Russian, French, English, Austrian and Polish. Classicist, Baroque, Empire, Art-Nouveau and modern items allow for tracing changes in the form of saltcellars in various periods.

The Museum collection is being intensely extended, mainly by means of purchases, but also via donations – for example, saltcellars from Honduras and Jamaica were donated last year. They joined items from exotic parts of the world, such as Niger, China and Ossetia.

It is worth taking a closer look at several saltcellars presented at the exhibition; among them, attention is drawn by the oldest one in the collection, a silver and gilded saltcellar from the 17th century, an example of Baroque goldsmithery from Augsburg, which is a branded work of the goldsmith Hans Leucker, who was active between 1641 and 1666. The brands made in silver allow for precise determination of the time and the place of creation of a given item. Another Baroque saltcellar bears an excellently visible city sign of Nysa in Lower Silesia (a lily) with the date 1719 and a sign of its manufacturer, Johann Frantz Hartmann. The gilded saltcellar is adorned by an engraved regency ornament.

A high-class Classicist masterpiece is a saltcellar in the shape of an elongated cup, decorated at the edge with openwork floral band. This is an example of French goldsmithery from the pre-revolutionary era: it was probably made in Paris between 1786 and 1787 by the goldsmith Jean-Baptiste-Francois Chéret, whose similar works form a part of most renowned international collections of works of art, such as the Metropolitan Museum of Art in New York.

Masterly execution is also characteristic for a saltcellar with a solid figure of an eagle at the base, which is carrying away the salt cup on its outstretched wings and holding an arrow in its talons. This richly decorated item was made by Jakub Preizyg, a goldsmith who worked in Hradna from 1809. 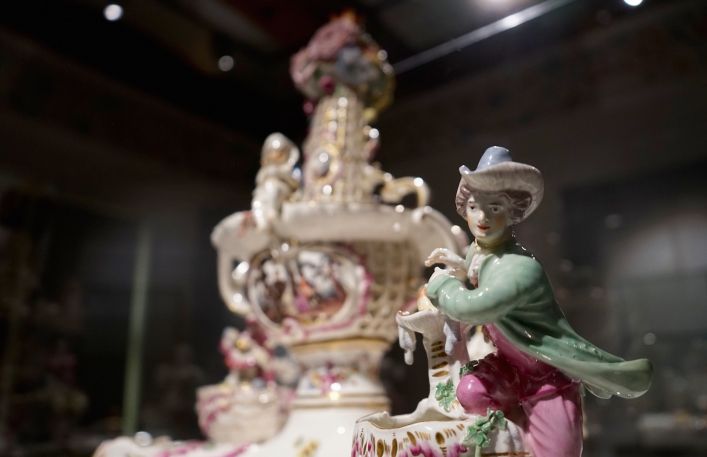 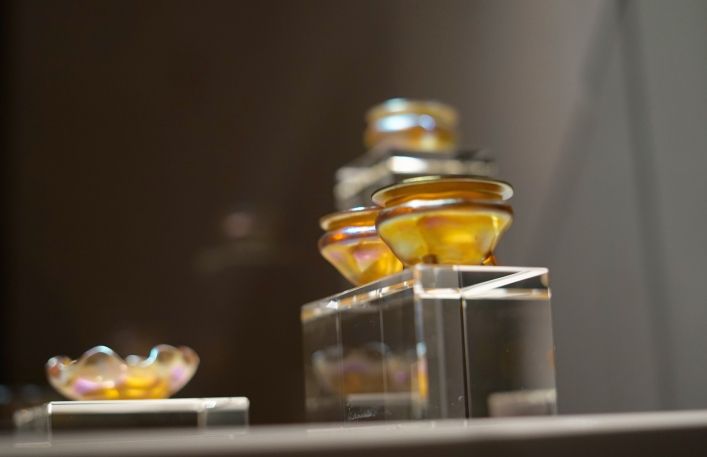 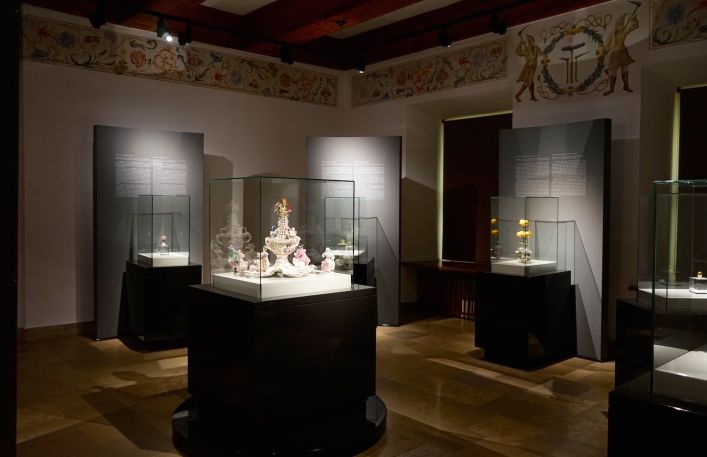 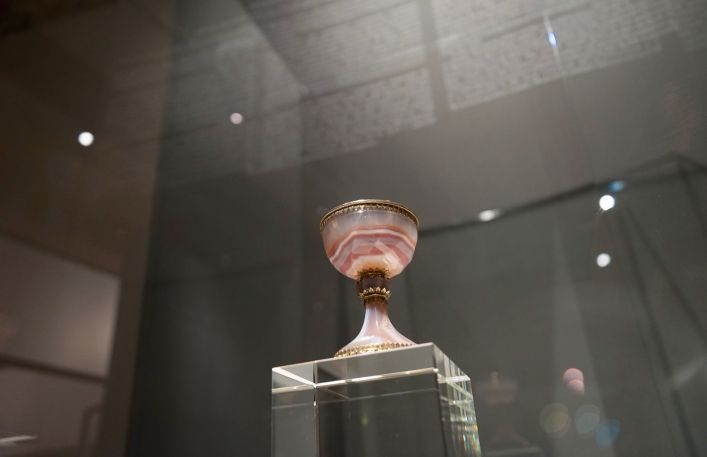 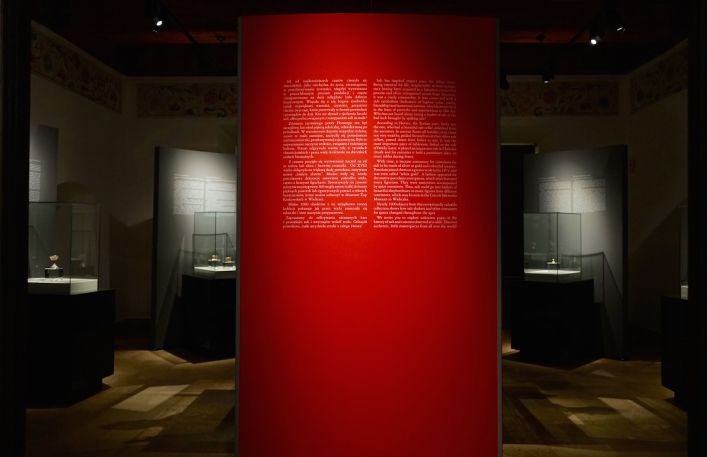 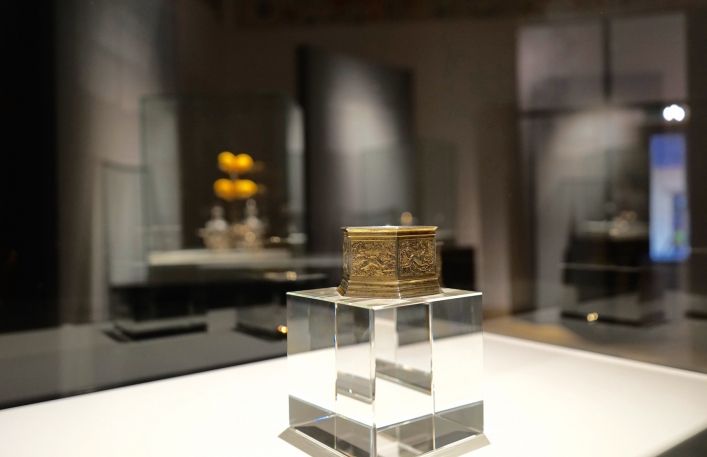