The earliest traces of human presence in the vicinity of Wieliczka date back to the late Paleolithic period and the Middle Stone Age (the Mesolithic period). They include flint tools, mainly arrowheads discovered in Zakrzów and remnants of the Pleistocene fauna represented by mammoth bones.
A large settlement existed in the Wieliczka Basin in the New Stone Age (the Neolithic Period) around 5500–1700 B.C. which is documented by clay utensils, hatchets, axes and other tools and pottery from Pottery Engraved, Lengyel, Radial, Funnel Beaker and Rope cultures which have been gathered here. From the Bronze Age (1700–700 B.C.) and the Hallstadt Period (700–400 B.C.) come pottery vessels, weavers’ weights, axes and bronze ornaments of the Lusatian culture displayed in the glass case next to the entrance. The next periods: Pre-Roman (400 B.C. – 100 A.D.) and Roman (100–400 A.D.) are represented by the relicts of the Celtic and Przeworsk cultures, and include various forms of ceramics, e.g. vessels made on a potter’s wheel, hand-mills, parts of armour, coins, glass objects and ornamental clasps (fibula).
The medieval settlement complex in the Wieliczka area that dates back to the 10th–12th centuries consisted of three residential settlements, two churches, a saline and mining shafts. The settlement could boast of its handicraft and trade which created the basis for the formation of the town of Wieliczka. It was located according to the Franconian law in 1290. This date can be found in a document by Prince Przemysł II (a copy in the exhibition) which states that the town was founded by Henry IV Probus, the Duke of Wrocław, Cracow and Sandomierz districts.
The golden age of the town began in the 14th century under the reign of king Casimir the Great who granted Wieliczka the rights of the Magdeburg law in 1361 and in 1368 approved the mining law, called the Statue, for the Cracow Saltworks. At that time the town’s defensive walls were erected, the Saltworks Castle (the seat of the Saltworks Board) was expanded and craftsmen like coopers, blacksmiths, rope-makers, wheelwrights and tailors developed their workshops and guilds. In the exhibition one can find seals of the Wieliczka guilds and documents connected with the history of the town, e.g. the oldest document confirming the laws and privileges of Wieliczka signed by the king Casimir IV the Jagiellonian from 1464, a document granting the town the office of wojt by the king Sigismund III in 1609, and a document issued by the Town Mayor and the Town Council of Wieliczka in 1631 approving the statue of the newly-formed guild of metalworkers. Visitors’ attention can also be drawn by a life-size photograph of a gold-plated silver monstrance from 1490 (the most precious object of the Wieliczka parish treasury) and numerous engravings of the town and its monuments from various historical periods, e.g. a copper plate of the Wieliczka mine from the French “Encyclopedia” (1774), a salt warehouse at the Regis shaft (1858), a view of Wieliczka from the north-west (1869) and others. Of great value are also original handicrafts, e.g. a silver lamp from 1660 given to St. Klemens Church by Maciej Sruczyk, a burgher from Wieliczka, a pair of candlesticks depicting a miner and a steelworker in costumes dating to the Saxon times (17th century), saltcellars and a miner’s sculpture from the end of the 19th century.

The chamber is dominated by a model of Wieliczka in 1: 100 scale, based on a chart by M. German from 1631-38. It has a modern look with its panoramic glass and light points and is a faithful reflection of all urban and architectural details, as well as landscape features. It shows the close interrelationship of the town’s architecture (private houses and municipal buildings) with the saltworks throughout the ages. 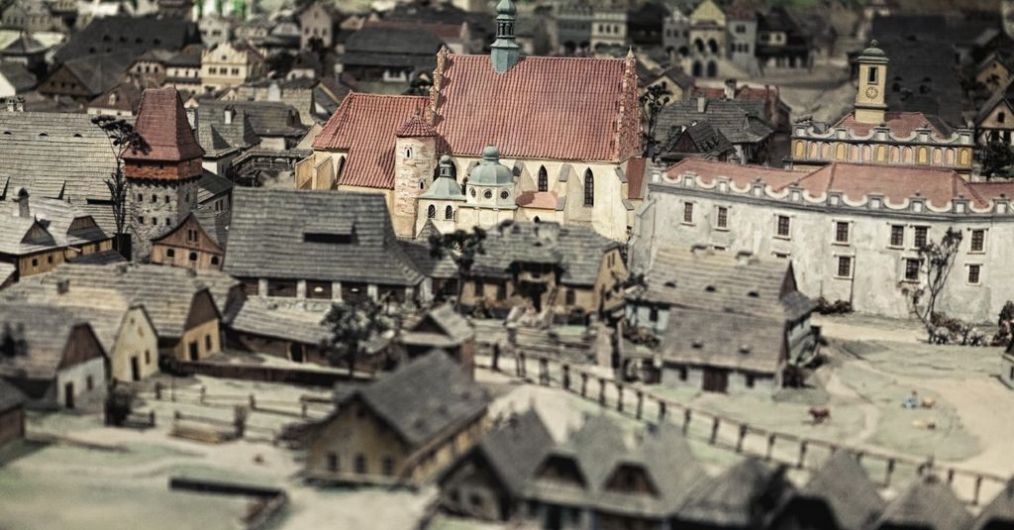 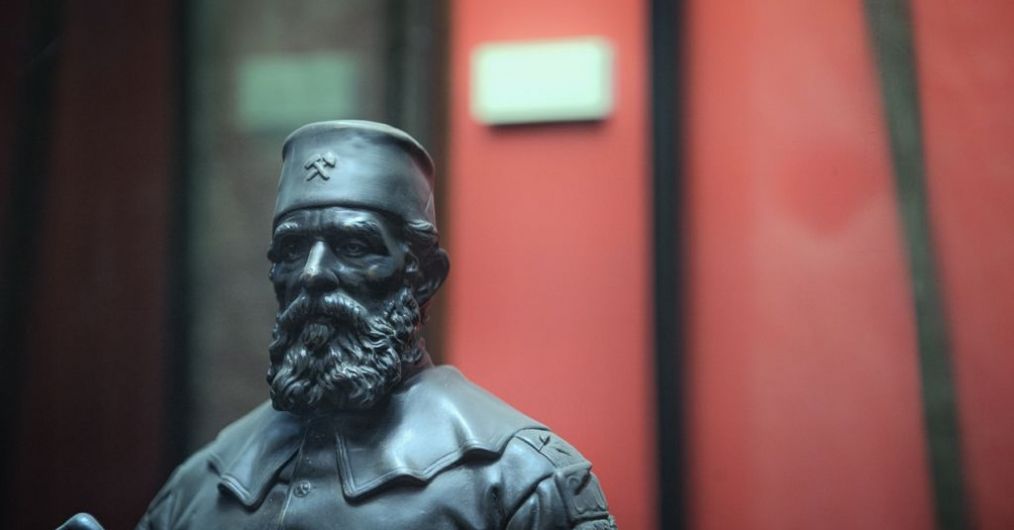